The professional training course comprises a well-founded introduction and instruction in the calculation and interpretation of Bazi Suanming, or as it is known in the West, “Four Pillar Astrology” or “Four Pillars of Destiny”. In China and Taiwan the method is better known as Bazi Suanming which literally translates as “Calculation of Destiny/Fate/Life according to the Eight Characters”.

Bazi Suanming is an ancient Chinese and incredibly precise science for the analysis of human nature, the character of an individual and his development over the entire life-span. It is a technique that is well documented in the literature since the 10th century A.D. which up to this day is disseminated widely in China, Taiwan, Hong Kong and also Japan. In Europe very few specialists are able to interpret it in a comprehensive way.

The course will be delivered in English in 15 Parts covering over 80 Modules of information. Each part consists of a set of modules with multiple videos. Each part will be available on a pedagogic schedule to give you enough time to properly absorb the material (every 1-2 weeks).

The 12 Life Palaces, which are described as the "compass" or the "cartography" of the Bazi landscape for consulting the client, is another important instrument discussed.

Later Modules include the different ways of applying rules and interpretation of typical questions or topics uttered by the clients during the consulting session. For example: Bazi consultations for the development of, or for a decision to choose out a Bazi confirmed profession, are structured in a different way and use other technical instruments and rules than when consulting for partnership and marriage. The Bazi-chart is therefore a room with different door that the expert has to use differently for consulting a specific topic.

Certification awarded on successful completion of the course. 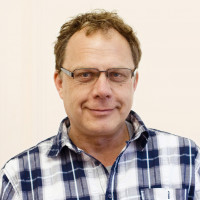 命理學 ming li xue
Dr. Manfred Kubny is a renowned sinologist in the field of Traditional Chinese Life Sciences, having focused his academic studies since the 80s on classical Chinese language, history, literature, theory and practice in this area.Manfred Kubny was born in 1959 and obtained a PhD in sinology from Ludwig-Maximilian University (LMU) at Munich, Germany (with major in sinology and minors in japanology and the history of medicine). He has additional studies in musicology.He was a research fellow at the Horst-Görtz Foundation for the Theory, History and Ethics of Chinese Life Sciences. Dr. Kubny has been visiting professor at the National University of Natural Medicine - College of Classical Chinese Medicine in Portland (Oregon) USA since 2008.Dr. Kubny is an expert in the history, theory and practice of the Traditional Chinese Sciences, specializing in Fate Science. He is fluent in Chinese and has been initiated into the methods of Taiji Quan, Feng Shui, and Traditional Chinese Astrology (Bazi Suanming) by Chinese masters.He is one of the few Western experts able to read and interpret the visionary texts of classical and modern Chinese literature in the original language. As a result of 10 years of research in the original Chinese sources, Dr. Kubny created the very first textbook of Bazi Suanming in any Western language.Manfred Kubny is renown throughout the world as an expert for the theory and practice of the Traditional Chinese Sciences. His philosophy is to transfer the contents of Chinese know-how as unadulterated as possible and as close as possible to the meaning of the Chinese original source into Western languages. Dr. Kubny produces works with the seal of professional and cultural authenticity.